This article is for everyone but written specifically to be read by those who, mostly because of popular media, now believe in demons.

Many years ago I had the pleasure of chatting with theologian and former Jesuit Fr. Malachi Martin. We discussed his history working with the Vatican’s Biblical Institute, conspiracy theories surrounding the Vatican, and of course exorcisms. A warm and open conversation was had about topics which, at the time, almost 20 years ago now, the general public would, I believe, have found unbelievable. Now, due to the influence of reality TV and the extreme over-exposure of so-called “demonic forces” by popular films and books the concepts of a “demonic reality” are thought about by many and believed by many more. I remember discussing the various types of “demonic” attacks that Fr. Martin explained as possible; from general psychological harassment, alcohol/substance abuse to actual possession of the human body by a non-human force. We disagreed and agreed with each other on many points during the conversation but ultimately left each other smiling.

Fr. Martin has now passed away and I am left with only the memories of our conversations and ideas which have over the years matured and expanded. For that I am forever grateful. Yet, over those years the ideas and conversations have allowed me a unique opportunity to watch the general public’s discourse regarding demonic influences on our world evolve and unfortunately in most cases degenerate.

Frustratingly it becomes more and more difficult to explain and discuss the issue of demonic possession in a serious, philosophical, academic and non-hyperbolic way when in truth the squeakiest wheel does actually gets the grease. Reality TV is not the home of the intelligent and insightful exchanging of information that we need. There are people now in the public eye who without any, or very little, care or concern for how they portray themselves, or certain situations, continue to promote wild-eyed tales of fancy for the sole purpose of gaining larger viewership or selling more merchandise. These people seem to have no regard for how the general viewing audiences may internalize what is being shown and how influential psychologically these “true” events can be not only to the young but also to the “true believers.” To say it is a disservice is nothing more than apathy.

It is nonsense and insulting.

Demons, demonic influences and possessions can be discussed in a serious manner and can lead to larger philosophical questions about the natural world around us and an alleged all-permeating supernatural reality. The topic of demonic influences help to make shocking films and startling TV but, (this is stressed for the true believer of things paranatural), think about who and how the conversation is influenced.

And while you are considering questions like the ones above please keep in mind how alleged demonic influences supposedly work. Not all who are “possessed” are drooling, screaming tortured souls. Indeed religious officials charged with performing exorcisms will tell you that the reason there is such a reaction is that the person who is allegedly possessed is fighting against the possession. But what about those who do not feel the need to fight? What about those who want to be possessed?

One of the topics Fr. Martin and I discussed all those many years ago were the examples of “perfect possession.” This is a topic, like many others, which has been left behind in our 24-hour-basic cable FacebookTwitterTumblr4SquarePinterest Universe. The discussion of the people who want to be possessed. The people who for whatever reason whether it be the gain of fame or money allow themselves to be a conduit for purposeful misinformation and hysterical confusion of the masses. Now I ask you, the believers, these questions in seriousness.

Who is benefiting from your hysteria?
Who is using fear to gain your confidence?
Who takes the darkest most repellent aspects of religious ideas and uses it for self-promotion?
Do you believe in those people?
Do you support those people?

Because truthfully, anyone who tries to influence your life through the promotion of fear and darkness… is a demon.

And when it comes to dealing with “Demons”

Many years ago, upon my first visit to a client’s home and within moments of entering, I felt a strange, even disturbing presence. There was a screaming that can only be described as horrific. Everyone heard the sound. Try as we might, we could not stop the almost inhuman wailing. It continued throughout the course of my interview with the clients and at many times interrupted our conversation due to an increase in volume and intensity. At one point I was scratched across my arm to the point of needing antiseptic and bandages immediately. While I was in the bathroom cleaning the newly received wound, one of the clients was violently kicked while the other had to dodge a small vase of flowers that was thrown from across the kitchen and into the living room.

The table at which we were sitting began to shake until all of our cups of coffee were spilled. One of the saucers shattered when it fell from the table and onto the floor.

The screaming began again, at which time blankets and pillows that had been lying on the couch were tossed from one side of the room to the other. In the kitchen, the cupboards were opened and slammed shut. Pots and pans flew from the kitchen down the hallway until one particularly large pan smashed through the glass window of the back screen door.

It was at this point, seeing the exasperation of the clients, that I excused myself for the night and made my way home.

Throughout the entire drive home I couldn’t help but wonder how I would deal with the situation had that home been mine, and how I would act if I had children with such “bratty” dispositions.

Did I mention that it was their children who were causing all of the disruptions?

In our daily interactions with other human beings we can easily mistake frustration with anger or sadness with hate, and that happens with people with whom we can easily communicate, people we can see, people who can tell us what is really going on in their lives.

As of right now, we do not have that ability with those who have “passed on.”

So before we jump onto the bandwagon of fear and join in the circus of the demonic, we should take the time to realize we really don’t know what is happening and we shouldn’t be so quick to judge others, even if they are unseen. 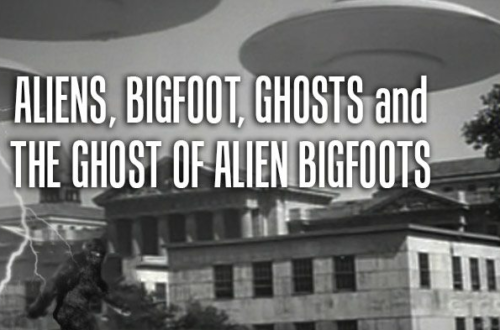 Stand Up for All Weirdness – The Ghosts of Alien Bigfoot 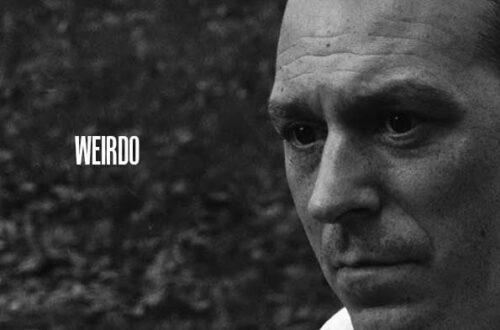 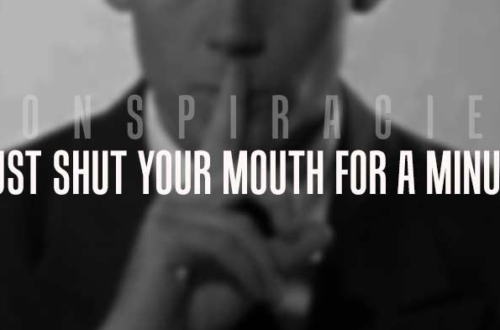